Former hospitality workers won their wages back, but still haven’t been paid 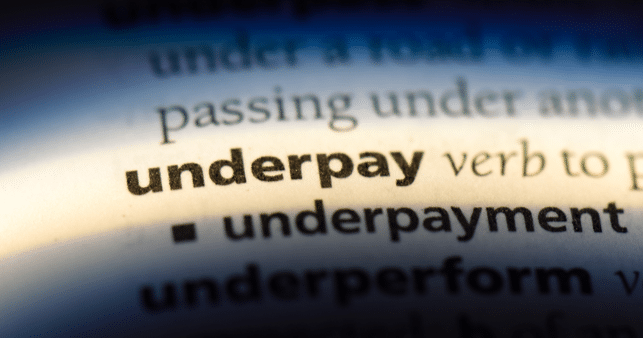 Wide-scale underpayment continues to infiltrate the hospitality industry with another well-known Melbourne restaurant caught in an underpayment scandal.

Months after his employment ended, one of the former workers at a popular Melbourne-based restaurant claimed he had not been paid wages and annual leave entitlements. His concerns prompted a call to the Fair Work Ombudsman (FWO) and he lodged a civil claim for payment in the Federal Court.

In August of this year, the Court ordered his former employer to back pay the worker more than $12,000 in wages and annual leave entitlements within 21 days of the court order.

His joy at the verdict was short-lived however after the deadline for payment lapsed. “I thought a small claim was going to help me,” he told ABC News.

In a statement, revealed to ABC News, the company disputed how much annual leave is still owed to the former employee, but said they were fully intending on paying the owed wages on a payment plan.

The ABC report also revealed another former chef at the restaurant group was also planning to take legal action over allegations of unpaid wages.

“I just don’t want to give up. I want to say yes, I have done something,” he said.

“But I’m not sure how effective it’s going to be, because previously other people have gone to court and the verdict hasn’t been respected,” the former chef said.

Senior Employment Relations expert at Employsure, Michael Wilkinson said the heat was on the hospitality sector to ensure they are paying their staff correctly.

“While systematic underpayment is a serious matter, it’s honest errors and a lack of understanding of entitlements that puts smaller hospitality businesses at risk,” Wilkinson said. “Yet ignorance is not an excuse in the eyes of the FWO, which will pursue cases of underpayment in an attempt to reclaim any unpaid wages.

“Thirty percent of calls from our clients in this sector will relate to basic employee entitlements, so it’s clearly an area where they struggle.

“The FWO will be targeting fast-food, restaurants and cafes as part of its compliance and enforcement action over the coming 12 months. This is certainly a cautionary tale for all employers in the sector.

“It’s incredibly easy for employees to tip-off and report cases of underpayment. With the attention being placed on the sector, it’s a wake-up call for employers to be confident that they are compliant with the entitlements of their staff.”